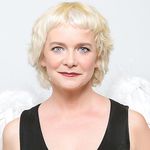 Shannon Walbran is internationally known for her instantaneous and detailed, helpful responses to her clients’ most crucial life questions.

Shannon’s theme is "You Are Guided." As a psychic and spiritual mentor, Shannon connects with your own team of Spirit Guides and angels, who are with you 24/7. She serves as an interpreter to get you the divine guidance and information you need to change your life for the better, particularly on the subjects of career and love.

Born in 1969 in Minnesota, in the United States, Shannon was raised Catholic and attended Catholic schools all the way through university. She graduated with a BA in English (plus French, German, and Italian classes) from the University of Dallas in 1991. She then started her career as an English teacher by moving to Slovakia for a year.

Shannon loves languages and has studied ten, with working fluency only in English, Portuguese, and Spanish. Being a translator of human languages has been a terrific training for being an angel translator!

In 2003, while meditating in the Sinai Desert in Egypt, Shannon received an “external locution,” meaning a loud, outside voice. The voice said, “Now it’s time for you to help other people!” Giving up her jobs as a teacher, translator, and writer for a non-profit organization, Shannon became a full-time psychic and based herself in Johannesburg, South Africa.

She quickly rose to popularity in South Africa, becoming the resident psychic on top radio stations such as Kaya FM, Metro FM, Radio 2000, and Power FM.

In 2007, Shannon published a collections of case studies and a spiritual autobiography called, “Guided! How to Communicate with Your Spirit Guides,” which is now available as an audiobook and an eBook.

She also collected the most effective questions from her years on radio and curated them into the eBook “100 Questions for your Angels and 15 Ways to DIY Your Answers,” which has been downloaded more than 5,000 times.

Meanwhile, Shannon felt called to study other religions in depth, and took up Buddhist practices (especially Vipassana) as well as entering into an Orthodox Judaism conversion course, which she followed for nearly two years.

Shannon has lived in Italy, Slovakia, Bolivia, Brazil, and South Africa. She has visited 50 countries so far and hopes to see most of the world, dividing most of her time between her two homes in St. Paul, Minnesota, and Johannesburg.

Her main work at this time is psychic and spiritual mentoring and coaching, which she does in several ways: writing newsletters, blog posts, and books, on radio, via Skype and phone worldwide, and in her Facebook groups. Her goal is to directly impact 100,000 people with personal divine guidance in the next ten years.

700 available, only when purchased in August 2019 during this campaign

250 available, only when purchased in August 2019 during this campaign

100 available, only when purchased in August 2019 during this campaign.

+ a specially-designed 10-minute audio recording with a personalized meditation and affirmations just for you, addressing your needs that came up in your session

100 available, only when purchased in August 2019 during this campaign.

+ 1 month membership in my daily Facebook private coaching community, "Seekers" (usually valued at $500). In Seekers you'll ask one question per day, Monday through Friday, in the company of smart, spiritual people who will cheer you on to success!

15 available only when purchased in August 2019 during this campaign.

+ 3 months membership in my daily Facebook private coaching community, "Seekers" (usually valued at $1500). In Seekers you'll ask one question per day, Monday through Friday, in the company of smart, spiritual people who will cheer you on to success!

+ a face-to-face or Zoom/Skype 5-hour half-day video solo intensive session, answering 100 questions to shift your life forward all at once (usually valued at $2750).

Thank you for the support! 100 pre-orders so far!

I have LOVED doing sessions for the people who have pledged so far.

If you'd like one more question at this very low pre-order rate, go ahead and book another one; it's fine by me.

Or suggest it to a friend who needs a helping hand!

Also consider joining Seekers at the 50% off special. What could you accomplish with guidance every day?