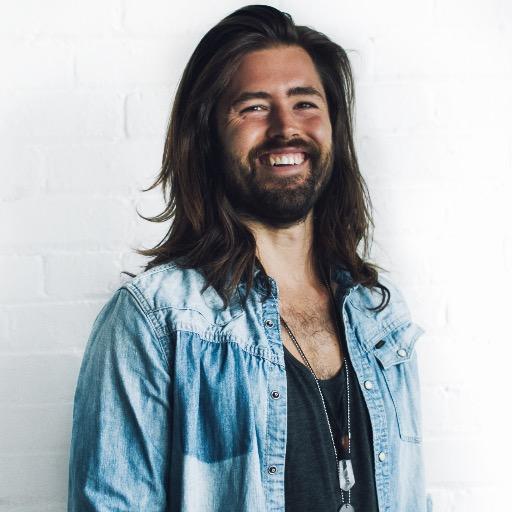 GV: Hi Michael, thanks for joining us today. I recently finished reading Ayahuasca and it's the best book I've read this year. Could you share your Ayahuasca journey for our listeners here?

MS: I first heard about Ayahuasca when I listened to a Joe Rogan podcast. After hearing it, I knew I was going to venture down to the Amazon one day.

Towards the end of 2013 I was going through some extreme fatigue - I had no energy and no libido - and I decided if I couldn't overcome this darkness in two years, I was going to put a bullet through my brain.

At the time, I was Vice President at an advertising company, the co-founder of a startup in the gaming industry; I was training athletically and intensely about 14 times per week, working crazy hours, and that was the breaking point.

I reached out to a naturopath, who helped me with meditation, and encouraged me to focus on play—rather than being so regimented with my movement and athletic practice. The naturopath helped me reclaim my love for movement, and I started to gain my energy back.

When I returned from Burning Man in 2013, I decided I wanted to do something different for New Years. My friend Dan had been running retreats for the plant medicine Ayahuasca in Peru.

Two friends and I went down to the Amazon jungle on Boxing Day. Being in the jungle was such a profound and connecting experience - the jungle is infinite.

On New Year's Eve of 2013, we got ready to partake in our first Ayahuasca ceremony. Ayahuasca is a plant medicine that shamans have been brewing for thousands of years, and it is a remedy for everything from depression to cancer.

It's a hallucinogenic psychedelic that has also been called '30 years of psychotherapy in a cup.' Shamans refer to the plant as 'Mother Ayahuasca', because she shows you what you need to see.

Before the ceremony, we had a flower bath, which opens you up to the plant, and protects you from dark energies. Then we did a yin yoga, where we held postures for 3 minutes, and it opened us up to the medicine—all of which seemed pretty woo-woo to me initially, but I figured that since I had traveled all the way to Peru, I would respect the local customs.

At 8pm, we were inside a beautiful circular structure in the jungle with mattresses, when a rain storm started pitter-pattering down. It was a magical time to begin the experience.

The shaman called me up and poured a reddish-brownish liquid into a cup, and they ask you to set an intention for the ceremony.

I had two intentions - one was for my startup and one was for my body. My startup had not reached the success I'd hoped for, and my body had suffered injuries. I asked Mother Ayahuasca to reveal the path.

I began the ceremony with meditation and reflection on the year. Soon, I felt a fire shooting up my arm and began to feel a connection with Mother Ayahuasca. I asked her to give me more time to finish reflecting on my year. The fire in my arm receded. I realised I was speaking with a plant, which was pretty crazy.

I then asked Mother Ayahuasca to show me what she wanted me to see. I felt a beautiful, comforting warmth enveloping my body. Green and purple beams of light enveloped my vision, and I started to receive messages from a sort of cosmic consciousness. I looked at myself, and my body was glowing.

I experienced the most maternal feeling I've ever been aware of. It felt like I was in the womb. So that’s the tip of the iceberg: my first 45 minutes under Ayahuasca’s care, and I ended up spending 18 hours with her over the course of four days.

GV: I read that you've wanted to be a writer since you were young. When did you first realise you wanted to become a writer?

MS: I've always loved creative writing. I wrote a story called Mind Power when I was 6. My life has been filled with telepathic experiences ever since.

When I was 16 I read On The Road by Jack Kerouac, and realised I wanted to write a book one day. I thought it would be fiction, but I’m now on the path of writing non-fiction—the stories of my own experiences.

GV: You considered many different options for publishing your book. What made you decide to use Publishizer?

MS: I'd been listening to Tim Ferriss, Ryan Holiday and Tucker Max advocating self publishing. I still looked into traditional options for publishing, and it seemed I would get 5%-10% royalties without a lot of marketing assistance.

I was speaking with a friend who crowd-funded a book through Inkshares, but they weren't on the same page, and they mentioned having a look at Publishizer.

I decided this was the platform that I wanted to use. It allowed me to create a beautiful marketing buzz and reward readers for being the first to be involved in the book.

I offered rewards like Ayahuasca retreats and invites to the book launch party. Especially for first time authors, or even established authors, it's a great way to build excitement.

GV: What was the hardest part of getting your book published?

MS: It was more work than I anticipated. The hard part was dealing with all the little details. There were so many details that I hadn’t foreseen.

It's like starting a small business. You need to write it, and you need to make people know about it.

GV: You were very successful with your first book, raising over $18,000 in preorders and becoming an Amazon #1 bestseller. What were the most effective tactics for promoting Ayahuasca?

MS: Apart from Publishizer, the thing I found most useful was reaching out to every single friend I had on Facebook.

I did a soft launch on a Monday, when the campaign went live on Tuesday, because in crowd-funding psychology you want to have a hot start, with social validation. Nobody wants to be the first person to contribute to a campaign. I got to 62% of my target on the first day, and had hit 100% by the second day.

GV: I heard you're already working on your next book! Could you tell us a little bit about it?

MS: My next book is called Lovelution: Burning Man, Psychedelics and the Evolution of Love. It's a wild, magical adventure about a musical movement I've become a part of, where we combine sound therapy with groovy tunes.

The experiences people have been having have been amazing. Its on a level equivalent to Burning Man, and as magical and crazy sounding as an Ayahuasca experience.

It will chronicle the experience of Burning Man this year, showing people the freedom they have to explore themselves.

I hope you enjoyed this Publishizer interview! If you enjoyed Michael's jungle tales, be sure to check out his Amazon #1 bestseller, Ayahuasca: An Executive's Enlightenment 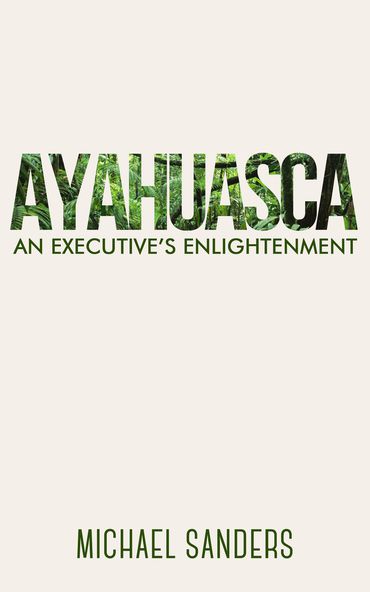