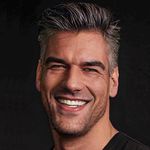 Born in 1974, Bjorn Heijilgers has an extensive background in science, innovation, tantra, and martial arts. He walks the path less trodden. Combining vision with science, spirituality and a big sense of adventure he is ready to support the innovators and game-changers of this world into their own dive down the rabbit hole

His life's mission is to touch, teach and inspire those gifted men & women that aspire to be true innovators in Life, Technology & Governance. By embarking on a joint expedition of exploration he and his fellow travelers experience a greater sense of personal freedom & fulfillment, a deeper connection to this world as a whole and above all we dare to dream big again.

For 24 years Bjorn worked in numerous domains, always bridging the gap between theory & practice, between the possible and the impossible. Even before he graduated as a cosmologist he worked in discipline defying R&D.

As a Phd student he developed data pipelines for analysing the data from the first measurements of supermassive extra galactic black holes, resulting in a joint nature publication (Nature volume 429, pages 47–49 (06 May 2004))

Some of his most innovative projects include:

1 Copy of the autographed limited edition of the book + Free invitation to the book launch. You ALSO get exclusive access to updates and an invite to join my community.

2 Copies (One for you and one for a friend) of the autographed limited edition of the book + Free invitation to the book launch. You ALSO get exclusive access to updates and an invite to join my community.

3 copies of the autographed limited edition of the book + Free invitation to the book launch + A Big Thank you mention in the book.

15 copies of the autographed limited edition of the book + invitation to the book launch + Your name mentioned in the book + FREE invitation to join my "Uncaged: No more mr Nice Guy training" in the Netherlands, Germany or the UK

30 copies of the autographed limited edition of the book for you and your team + Free invitation to the book launch for you and 2 members of your team + Your company's name mentioned in the book as a Sponsor + A half day workshop for your team teaching the tools from my book (excl travel costs).

100 copies of the autographed limited edition of the book for you and your team + Free invitation to the book launch for you and 4 members of your team + Your company's name mentioned in the book as a Sponsor + A 2 day workshop for your team teaching the tools from my book (excl travel costs) including a full page showcasing your companies relevance from the books perspective included in the book.

200 copies of the autographed limited edition of the book for you and your company + Free invitation to the book launch for you and 4 members of your team + Your company's name mentioned in the book as a Sponsor + 3 Day full "Losing your mind and coming to your senses" support at a promotion event of your choice. Using the insights from the book, you and your team will be prepared and supported to break free from you own limiting beliefs. Package Valued at $5099

250 copies of the autographed limitied edition of the book for you and your company + Free invitation to the book launch for you and 4 members of your team + Your company's name mentioned in the book as a Sponsor + A 2 day fully catered workshop in the Netherlands for your team (max 5 people) teaching the tools from my book including a full page showcasing your companies relevance from the books perspective included in the book.

Losing Your Mind And Coming To Your Senses

A Science-based Bridge into Radical Aliveness

Embed Losing Your Mind And Coming To Your Senses

Western minds have adapted uniquely to a seemingly rational and scientific world view. While this has provided us with hitherto never seen wealth and progress, it has also unwittingly separated us from the one thing that provides meaning in this world: a world beyond words and pure reason.

In Losing Your Mind And Coming To Your Senses, Bjorn Heijilgers takes you over a science-based bridge and into a perspective of this world which gives a profoundly new sense of direction and meaning in order to connect more intimately with yourself. You will get a clear understanding of the limitations of fixed belief systems such as presented by society.

Using cosmology, mathematics, neurology, as well as western and eastern philosophies, you will be presented with the paradoxical relationship between consciousness and rationality that will unlock unsuspected tools, that 3.5 billion years of evolution have instilled your body with: a body awareness.

This book is the first part of 3.

"I highly recommend experiencing one of Rogue Star’s trainings or immersions to discover your own untapped potential." –Guy Vincent, tech entrepreneur & CEO at Publishizer

Rationality and science have enabled us to create a model of reality with unprecedented accuracy. Starting from a few simple mathematical descriptions of the state of our universe shortly after the Big Bang we can predict

Your brain is built as a committee of multiple agents and systems, where only a limited number is available to our conceptual understanding. It is possible to shift your awareness beyond the merely rational or emotional perspective into a meta-rational perspective that transcends both and gives the perspective holder a uniquely powerful tool to live and create something truly new and meaningful.

Our bodies evolved over 3.5 billion years to protect itself against other biological organisms. With the advent of our prefrontal cortex and especially the invention of computerised date processing a completely new substrate for the creation of "life forms" has been created. Our adherence to a purely first-person perspective of reality limits our awareness to the influence of these other forces shaping your life and the future of mankind.

The journey of personal responsibility and true stewardship of this earth falls squarely on those people that are driving the technological changes in this society. The programmers, engineers and scientists deeply adapt at wielding their rational mind.

From a personal perspective, precisely because of their talents, these people are especially prone to the detrimental effects of a conceptualised life. Burnout’s, Cop-out’s and meaninglessness have become ever more prevalent life-threatening conditions.

Turning the weapon of rationality against itself, this book provides safe passage for those trapped in societal belief and value structures. More over it provides both a challenge and salvation for the people of the 21st century looking for meaning and purpose in their life as the darwinian cat & mouse game transcends the material world and requires entirely new adaptations of the human system to protects it's and it's progenies survival.

Bjorn Heijligers is backed by Rogue Stars, a community-driven company that inspires (technologically and intellectually) gifted people to jump beyond their limiting beliefs through public and corporate events. The internal structure of Rogue Stars and their clients is geared to prepare us for a future where our society is no longer scarcity bound and motived by external validation, and instead prepares us for a non-zero-sum game currency based on meaning, trust and connection while at the same time bootstrapping companies to provide basic income. It's events, video's and publications are geared directly to the top technological institutes and companies of this world. (TNO, Max Planck Institute, MIT, Google, Tesla, ASML, Alphabet, NXP and many others).

Trainings offered by Rogue Stars include:

"Losing your mind and coming to your senses"

A half day workshop empowering companies for greater team cohesion, an integrated vision and especially giving the team "bulletproof" resilience and stress and self limiting beliefs using cutting edge neuro-entrainment devices and a final "facing your fears" challenge.

A personal two day workshop creating greater awareness how you are giving away your power in exchange for validation and acceptance in your life, work and relationships.

A 2 hour intense massage, resetting the unconscious patterns holding your body  (and consequently you emotions and thoughts) locked and limited. Our bodies evolved to translate sensations into actions. Adverse experiences cause our amygdala to send Fight, Flight or Freeze responses to our body. Especially the freeze signals can become stuck, specifically in the myofascia (connective tissue) surrounding our musscles. Through conscious and deep (self)touch we can (re-)experience the intense sensations associated with those tissues and expand our ability to sense our body and with that greater freedom in our actions.

Where freedom evolves describes a fascinating and deeply rational description for the dilemma of ethics in a purely material universe and it’s apparent problem of free will and consciousness, LYMACTYS takes those pointers as a starting point for an exploration of reality beyond the limitations of material dualism into a rational foundation of post-rational non-dualism.

In a beautiful symphony of mathematics, music and art Douglas Hofstadter builds a story about the paradoxal nature of reality as revealed by Godel’s Incompleteness theorem. By his own admittance overshooting it’s target audience with few people truly understanding the implications of this. LYMACTYS explains the personal relevance of this mathematical theorem. Providing clear directions for the reader to retrain the workings of our westernized mind and providing an alternative locus of control for you to live your life through.

Rationality always was and always will be an experimental flight that upon landing has to be checked to your own daily personal understanding. LYMACTYS provides a much more accessible bridge for you to experiment with new modes of perceptions.

Deeply embodying the clarity of (masculine) rationality and logos, Jordan B peterson provides a compelling case for personal autonomy and the creation of meaning through the balance of chaos and order. LYMACTYS encompasses this perspective by building it’s foundation on the budhistic and tantric cosmology of both the “masculine” and “feminine” forces of this universe and empoweres readers not only through rational arguments, but also through the skilled embrace of the “feminine” forces in all of us.