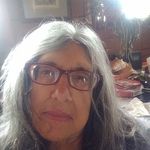 Clare Estrada began her writing career in 2016, at the age of 68, with a crowd funding campaign on Publishizer! She has since self-published four books in her MARIPOSA series.

Clare Estrada grew up in Westchester County, north of New York City.
She graduated from The College of New Rochelle in 1969 with a BA in English Literature.
Clare began writing her Mariposa fiction series after retirement from the arena of social service.
She currently lives in northern Arizona.
Buy on Amazon

(Native to Madagascar, this spectacular butterfly has multi-colored wings that change hues when they move to create kaleidoscopic patterns.)

- A copy of "Mariposa" in e-book form

(This ethereal looking, light blue butterfly is known as the worlds smallest. It is only found in one tiny area of Southern Sinai.)

- One physical copy of "Mariposa"

(This East African butterfly perches on top of vegetation, then sails about in a loop before coming back to the same spot.)

(Pansy blue in color, with orange and black wingtips, the forester is a true migratory East African butterfly.)

- Three physical copies of "Mariposa" with the author's inscription

(This gorgeous orange and black winged butterfly is depicted in a 3500 year old fresco in Luxor, Egypt)

- A copy of "Mariposa" in e-book form

- Donors name will be listed, if desired, on a "Donors Thank You Page" in finished product

- Four physical copies of the book with the author's inscription

- Opportunity for the donor to submit a dedication to and short description of "The Greatest or Most Influential Person" in his or her own life. This dedication will be included in the finished product

- An invitation to a "Meet and Greet" with the author.
Location: Fabulous Las Vegas
Date: Early Summer 2016
Details: To Be Announced

Episode One: It Started In Las Vegas

The Butterfly Effect - Nothing is inevitable! Join Mariposa as she journeys to the world's most exotic trouble spots.

Episode One:   It Started in Las Vegas

"Mariposa" could be described as a cautionary tale about not deferring one's dreams.  Two twenty-something year old women from Las Vegas get recruited by the U.S. First Lady into a cadre of other young women called "The Butterflies".  (Mariposa is the Spanish word for butterfly and is also the protagonist's first name.)

The Butterflies travel the globe and contribute solutions to world problems by applying "out-of-the-box" thinking.  Along the way, the women discover their potential and purpose in life.  Above all, they will live the ramifications of a scary new idea: NOTHING IS INEVITABLE !

My Butterflies will begin to understand that the marvelous complex
creation that is homo sapiens has been flattened into a one dimensional
parody, where the male element in all of us dominates, and the female
element in all of us is denigrated.  Enjoy this short video.

Who is This Book For?

The protagonists are two women in their early twenties who struggle with life's challenges.  Their dreams are small, their expectations low.  But by embracing both new mental attitudes and new physical locations, big changes occur in their lives.

"Mariposa" is for all the butterflies out there, both male and female: discover your bliss early on in life and run with it!

Why Read This Book?

"Mariposa" is witty,  entertaining and relevant. The book explores such themes as the human potential, the power of attraction, and the male-female dynamic.  Two women and their "service animal" (an unusual and intriguing dog named "Z") journey to exotic locales and in an era of increasing xenophobia, become citizens of the world .

How Will Preorder Funds Be Used?

Preorder funds will be used to fulfill preorders, to pay Publishizer's commissions, for cover art and technical editing costs, and to upgrade the author's current very low-tech status.  Clare  wrote "Mariposa" by hand and then dictated the text over  her phone to a friend with a computer.  One of her goals is to join up with the 21st century, at least in a digital way!

"Mariposa" will be in episodic format available as an e book.  Episode One, titled "It started  in Las Vegas," sets the stage.  Mariposa is a 23 year old Anglo woman from Las Vegas, Nevada.  She has a 3 year old daughter nicknamed Jazzy.  Mariposa is drifting.  She never completed high school; her job history is sketchy; her self esteem is low.  But Mariposa has one very surprising gift.  This gift she inherited from Grandma Ruth Levine, the woman who raised her.
Mariposa's best friends are P, an Hispanic gay woman, Dr. Djamel, an Algerian disc jockey working at a Las Vegas night club, and "Z", an odd dog indeed.
Then the U.S. President and First Lady come to town, and Mariposa's life is turned upside down!

Chapter 2. The President and First Lady come to town.  The President addresses the crowd gathered at the same high school Mariposa and P had attended years earlier. The First Lady attends an education conference at the Luxor Las Vegas.

Chapter 3. Mariposa and P acquire temp jobs with a casino security firm during the Presidential visit.  They are assigned to the education conference at the Luxor.

Original cover art by B. Michael Garber and Will Ford

Cover design by Clare Estrada and Will Ford

Video Produced and narrated by Will Ford

Thank you for your support!