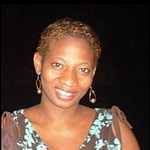 Elle Gabrielle is a creative writer who enjoys travel, yoga, meditation, and horseback riding. She describes herself as quirky, loves cooking, reading legal judgments, and dancing in the supermarket.

Elle Gabrielle is a creative writer who enjoys travel, yoga, meditation and horseback riding. She describes herself as quirky, loves cooking, reading legal judgments and dancing in the supermarket.

34copies
0 250 500 1000
Success! The Amazing Adventures of Roger The Extraordinary Sheep has already sold 34 pre-orders , was pitched to 11 publishers , and is in discussions with publishers .

Receive e-book and an exclusive invitation to the virtual launch.

Personally autographed copy of the book, two bookmarks and four stickers featuring Roger and his friends!

(4) 1 Handmade bookmark embroidered with your initials

(6) Invitation to Virtual Book Launch and Story Hour with author

(4) A Mention in acknowledgments

(8) Handwritten thank you note from the author

(9) Invitation to Virtual Book Launch and Story Hour with author

(4) A Mention in acknowledgments


(8) Handwritten thank you note from the author


(9) Invitation to Virtual Book Launch and Story Hour with author

(10) One of two specially illustrated versions of the book with notes from the author on creative process; valuable collector's item

(11) Either Bob the Blackbird or Mr. Brown (main characters) will be renamed after YOU or your child.

I would like to share the illustrations of Extraordinary Roger with you, as well as a preview of the book.

It has been edited once, but I am going to run it by another editor before I publish.

It is a step by step process, some of it I underestimated but this is a journey and certainly I am learning and having fun with it :)

Again, I thank you all - without you none of this would be possible.

I am so grateful for how far I have come and look forward to the future with a smudge of glee, a tonne of excitement and unending gratitude.

Kindly find the story and illustrations below, everything is still in draft, so unfortunately you gotta use your imagination a little bit to put them together :)

Roger was different from the other sheep on Happy Days Farm.

He could mimic the sounds of every barnyard animal.

He enjoyed life on the farm.

But there was one problem…

When he was bored, he played pranks to amuse himself.

He played his best trick on Allie, the sheepdog.

As Allie napped, Roger tiptoed up and howled into his ear.

Half-asleep and thinking it was a wolf, Allie barked madly, making the other sheep scatter across the meadow.

The next morning, after the cows went out to the pasture, Roger ran into the barn.

Puzzled, he searched the barn until he found Roger, hiding a sly smile.

“But it's fun,” Roger yipped gleefully.

Next he hid near the well, chirping loudly.

Gwenny, the hen, thought her baby chick was stuck inside.  She ran in circles, clucking in distress.

“Roger, I wish you were an ordinary sheep,” Farmer John complained. “But I always look on the bright side. Whenever the sheep go astray, your voice leads me to the flock.”

One day, Farmer John got a bright idea.

“Roger, you should be in the circus talent show! I’ll ask Mr. Brown.”

Mr. Brown, the circus owner, agreed to visit the next day.

Farmer John was excited that Roger would finally put his talent to good use, but Roger was terrified.

He thought Farmer John planned to give him away.

“Tomorrow I’m going to be ordinary like the other sheep,” Roger announced. “Hopefully he will change his mind.”

When Mr. Brown arrived, Roger bleated…“MEH” ”MEH”...just like the others.

Mr. Brown was not impressed.

“This is an ordinary sheep,” he said.

Roger was relieved when Mr. Brown drove away without him.

“Why aren’t you being yourself?” asked Farmer John.

“MEH!” he repeated, hoping the farmer would be pleased.

Instead he walked away.

The other animals ignored him too, tired of his pranks.

For the next few days, Roger was lonely, sad and grumpy.

He wanted to be himself, but was afraid Mr. Brown would return to take him away.

He was too upset to eat.

Farmer John began to worry about his extraordinary sheep.

He called the veterinarian, who came immediately.

Once again, Roger thought Farmer John wanted to give him away.

He ran into the forest, planning to hide until it was safe to return.

But every tree looked alike, and he got hopelessly lost.

He sat in the woods bleating loudly,

For hours he called, but no one came.

A loud, scary sound woke him.

He opened his eyes and saw a huge brown bear standing over him.

“What kind of sheep is this?” grumbled the bear, and he lumbered away.

Roger was scared that the bear would return, but then he heard laughter coming from the treetops.

Bob, a blackbird who lived in the forest, swooped down excitedly.

“Extraordinary! You frightened the bear away!” Bob tweeted.

“Do you know the way back to Happy Days Farm?” he asked.

“I can copy other animals. I have been trying to stop. I can’t help myself,” said Roger sadly.

“That is a wonderful talent!” fluttered Bob. “Follow me. I have a plan.”

Soon the pair arrived at a small cave.

Bob flew to the ground and tweeted very, very softly,

“Poke your head in here, then roar as loudly as you can.’

“The cave echoes through the forest for miles. The farmer will think it is a bear and come to chase it away. Instead, he will find you.”

So Roger poked his head into the cave and…

The sound echoed throughout the forest.

Suddenly a large fox rushed straight past them.

Bob was delighted. The plan had worked.

Soon they were surrounded by forest animals who had been hiding for days from the bear and fox.

They admired Roger's talent. He was surprised and happy with the attention. He became his extraordinary self again.

Should he stay in the forest?

But he missed Farmer John and the other barnyard animals.

“When will the farmer come?” he bleated to his new friend.

But Bob had disappeared!

Roger had never been lost for so long. How would he ever get back home?


Back on the farm, things were very quiet and ordinary.

It did not take long to notice that Roger was missing.

Farmer John searched for him everywhere.

The barnyard animals were sad.

“I miss the little chap, even his silly pranks,” Allie whimpered.

Suddenly they heard a ruckus coming from the forest.
ROAR!! OINK!! MOO!!

“That sounds like Roger!” the farmer shouted, and rushed to his truck.

All the sheep followed, hopping in with Farmer John.

Following the noise, soon they found the cave.

But Roger was not there.

He had walked along a path to the other side of the forest, come upon some houses and decided to ask for help.

A man opened the door.

It was none other than Mr. Brown!

“You must be Roger,” Mr. Brown chuckled.

“YOU ARE EXTRAORDINARY! You’ll be great in the talent show.”

Roger backed away. He did not want to stay!

“The talent show is only for one day. You’ll be back home in a jiffy” Mr. Brown explained, seeing his distress.

Roger was overjoyed and began to dance around.

“Ready to go back to the farm?” Mr. Brown asked.

The nosy neighbor Mrs. Pixie ran over to see about the commotion.

Before long, all of the neighbors were gathered in front of Mr. Brown’s house enjoying Roger’s entertainment.

Then Roger heard a familiar voice.

It was Farmer John.

“There you are Roger!”

The sheep were along, too.

“We missed you,” they bleated.

“Of course,” Allie barked. “Mischievous or not, extraordinary or not, you are family.”

“I promise to never ever play another prank,” Roger bleated, finally understanding that he had hurt the ones he loved most.

The next week Roger performed in the talent show.

Farmer John brought the barnyard animals to cheer for him.

The trophy went to Bob, who sang a brilliant song about Roger, the fox and the bear!

But Roger was himself again and his heart was at ease.

And all was well on Happy Days Farm.