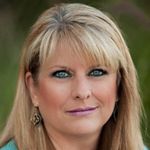 How a Carpenter Became the Scourge of the Seas

Captain John Phillips is a famous pirate in the 1700s, whose real life adventures are even more fascinating than the fiction they have inspired.

Captain John Phillips was a dreaded pirate in the 18th century, whose exploits rivaled those of other pirates of his time. While many of his exploits are well documented, much of his past is still a mystery. My research into his past, to make my fictional novels, has put me on the trail of a truly amazing person from our shared nautical history. The Articles written by Captain John Phillips are some of the only existing "codes" from the Golden Age of Piracy. They provide a window into a world that is shadowed by secrecy and hidden by the passage of time.

I have spent the greater portion of the past ten years researching pirate legends and lore as I put together the histories of these legends. My research to provides an authenticity to my fictional novels. Their salty tales breathe life into these ghosts from our past. Along the way I've grown close to many of these mythical figures and have found the truths of their pasts to be even more incredible than the fictions, I have created. These men had more depth than their portrayals in Hollywood and lived by a code that was all their own.

Captain Phillips has always been a favorite of mine, lesser known perhaps than someone like Blackbeard, but every bit as savage, and colorful. I am not looking to sugarcoat his exploits. Instead, I hope to explore who he was and follow the path of a carpenter who once was captured by pirates before becoming one. His was a fate that could end in death yet Captain Phillips was able to rise to Captain his own ship, the Revenge.

The fourth and final book in the Deja Vu Chronicles series is near completion and release. This true account of Captain Phillips' exploits will be an excellent companion to the Chronicles. It will stand alone as a historical account of the pirate, Captain John Phillips. The history and will be a window into his 18th-century pirate life and will give the fan of my fiction a peek into the actual life of this miscreant. A documentary of his harrowing ordeals, his ruthlessness, as well as the ups and downs of the life of a pirate.


I look forward to tracing his roots and trying to answer many of the questions that remain about this maniacal pirate. During my pursuit of the pirate Phillips and an unrelated exploration into my ancestry, I hope to find a possible link between John Phillips as a relative in my bloodline. I will be traveling to Scotland this summer to retrace the footsteps of these historical figures and to discover when and where their paths crossed. Your assistance will allow me to go on this journey and will give you the opportunity to follow me as I pursue these legends. I'll keep you abreast of my exploits through Twitter and Facebook.

Thank you in advance for your help.

Excerpt from The Pirate Phillips: How a Carpenter Became the Scourge of the Seas

He tapped with one finger to a line of writing, midway down the top half of a large parchment sheet once nailed securely to the helm. John Nutt, the ship's navigation master, had taken it down from its posted spot on the quarterdeck and presented it before the crew at Captain Phillips' request.

Article III for the Pirate Ship Revenge - If any Man shall steal any Thing in the Company, or game, to the value of a piece of Eight, he shall be Marroon'd or shot.

For most sailors, the option to be shot was preferred. A certain death sentence awaited anyone left behind to "govern his own island." And yet, the life of piracy was ruled in an orderly manner, governed by the cutthroats' sense of fair-game, and honored by all on board. To be a pirate was indeed a life of adventure and freedom. 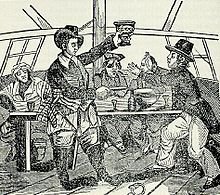