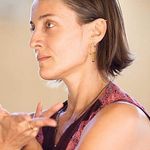 Sonja has been a student, practitioner, and eventual teacher of yoga since 1999. This book is a culmination of her own journey of understanding Patanjali's Yoga Sutras.

Sonja Radvila is originally from Colorado and has a BA in Anthropology and a BFA in Film Production from the University of Colorado at Boulder. She first began studying yoga in 1999 while learning Bharata Natyam, an Indian classical dance style, in Chennai, India. She explored different styles for the next few years, enjoying Sivananda, Iyengar and Ashtanga methods. Since 2004, she has been a daily practitioner of Ashtanga yoga, and made her first trip to the heartland of the practice in Mysore, India, in 2005. She spent 8 1/2 years working as a video editor first at Starz! in Denver, Colorado and then at The Discovery Channel in Silver Spring, Maryland, all the while practicing and learning Ashtanga yoga. Afterwords, she moved to Ireland and began teaching Ashtanga yoga in 2008 in Dublin, and since 2010 has been teaching internationally while maintaining regular visits to Mysore for study and practice in yoga asana, chanting and philosophy, and dance. She is an Authorized Level II teacher by the Sri K. Pattabhi Jois Ashtanga Yoga Institute in Mysore, India.

Sonja was published in the June 2013 issue of Cat Fancy magazine for an article on cat cafes in Tokyo. She is the founder and creator of Rasa Malas, which specializes in intuitively designed jewelry and unique vintage jewelry from India. After eight years on the road, she now resides in Portugal. 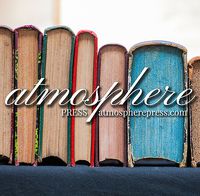 + 20 signed limited edition copies delivered to you
+ ePUB copy of the book
+ PDF copy of the book
+ 20 Young Yogi postcards
+ 1 signed Young Yogi illustrated print
+ 1-1 sutra sharing session via Skype or in person if possible (90 min)
+ Thank you mention as a supreme sponsor inside the book!

Many months have passed since the last update. We thank you for your patience and understanding during this process as it has taken longer than anticipated. Rest assured, we will have some news to report soon.

We can't wait to get this book into your hands! If you have any questions feel free to email: sradvila@gmail.com.

Wishing you a happy spring,